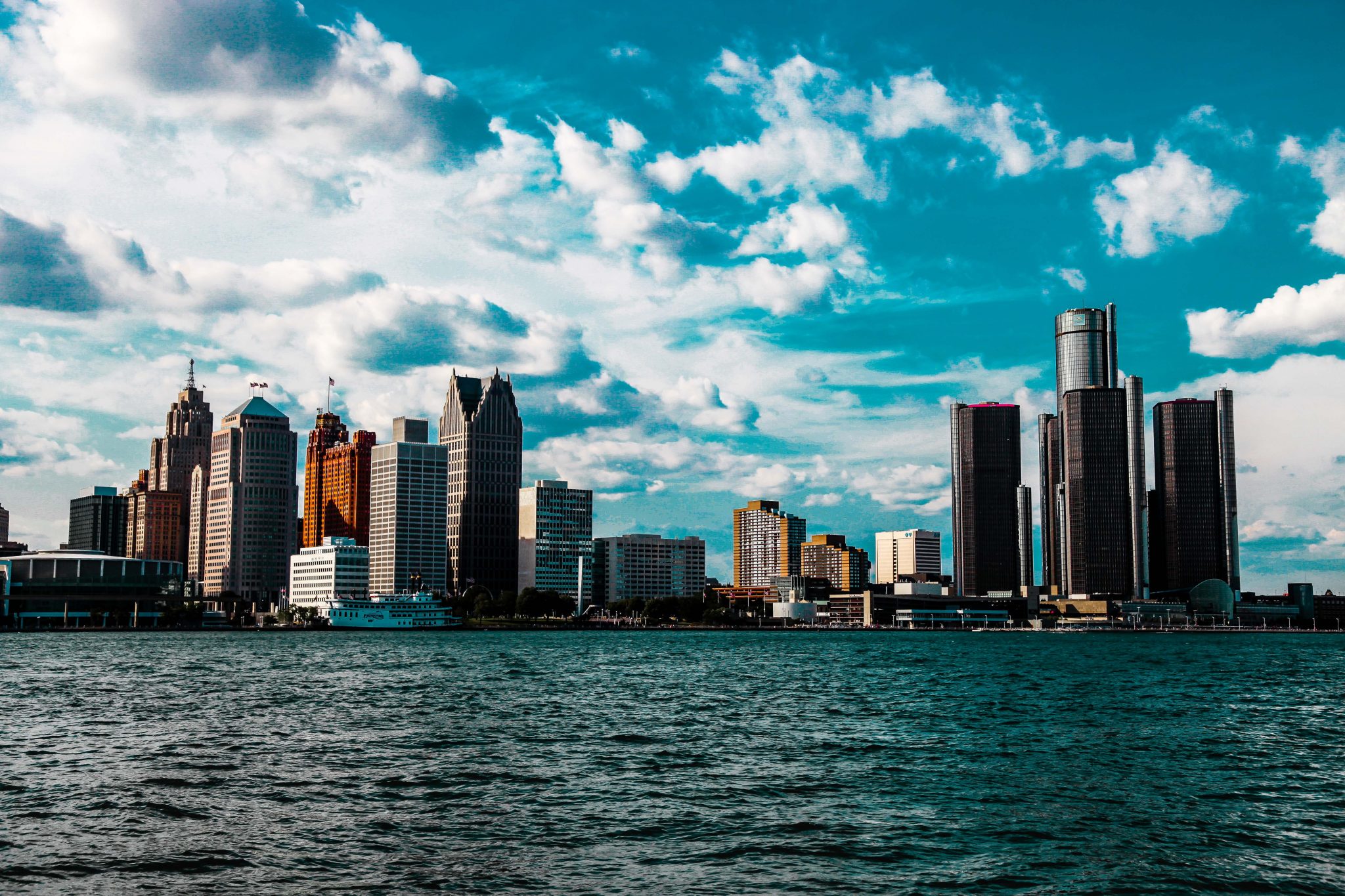 Detroit is a great example of what it looks like when a whole city rallies back (again).

It’s hard to imagine what this city has been through without living here. Everything you hear about Detroit in the media seems to be about how it’s down and out, full of negative stigmas and stereotypes and it’s been kind of left out of the conversation. But, that’s exactly why I wanted to go. I wanted to see where it was (when I visited it when I was 15 years old) to where it is now.

It honestly exceeded every expectation that I had going into the visit. When I told people I was going to Detroit, it had a bit of a confused or almost upper-lipped scowling response. But, it was one of the trips I was most excited for. The trip itself would be one night and two days, that would give me enough time to go around and get my bearings around the downtown and a bit further out.

There was tons of new energy there.

The streets were even cleaner than Toronto and classic American architecture proudly filled the skyline. The art fills the gap well, seeing colourful pieces all over the sides of buildings and alleyways.

I like the toughness that you feel from the city too. It’s a feeling like they could have anything be thrown at them and they would be alright and even thrive. Auto industry on the rocks?

Don’t worry, they will come up with some of the coolest leather goods you can get in the USA at Shinola. Which the brand has also branched out to become a cool boutique hotel, that’s being built now as we speak. It’s rare to see a brand like that go into different industries. You can really feel that it’s one of those international brands that’s proud to be from Detroit and who reinvest in the city that made them the success they are. Detroit in the summertime right now is definitely worth a visit.

It’s got some work to do before it gets back into full swing, with all the new energy, it feels like a young city, but it’s going to be one of the most interesting city’s in the USA. Watch out for it in the coming years.

This is a city that embraces it’s past so well and brings it to the forefront with a lot of bravado and confidence.

It’s a city that can get through anything. It’s adversity brings a new diversity.

Q: Have you ever been?