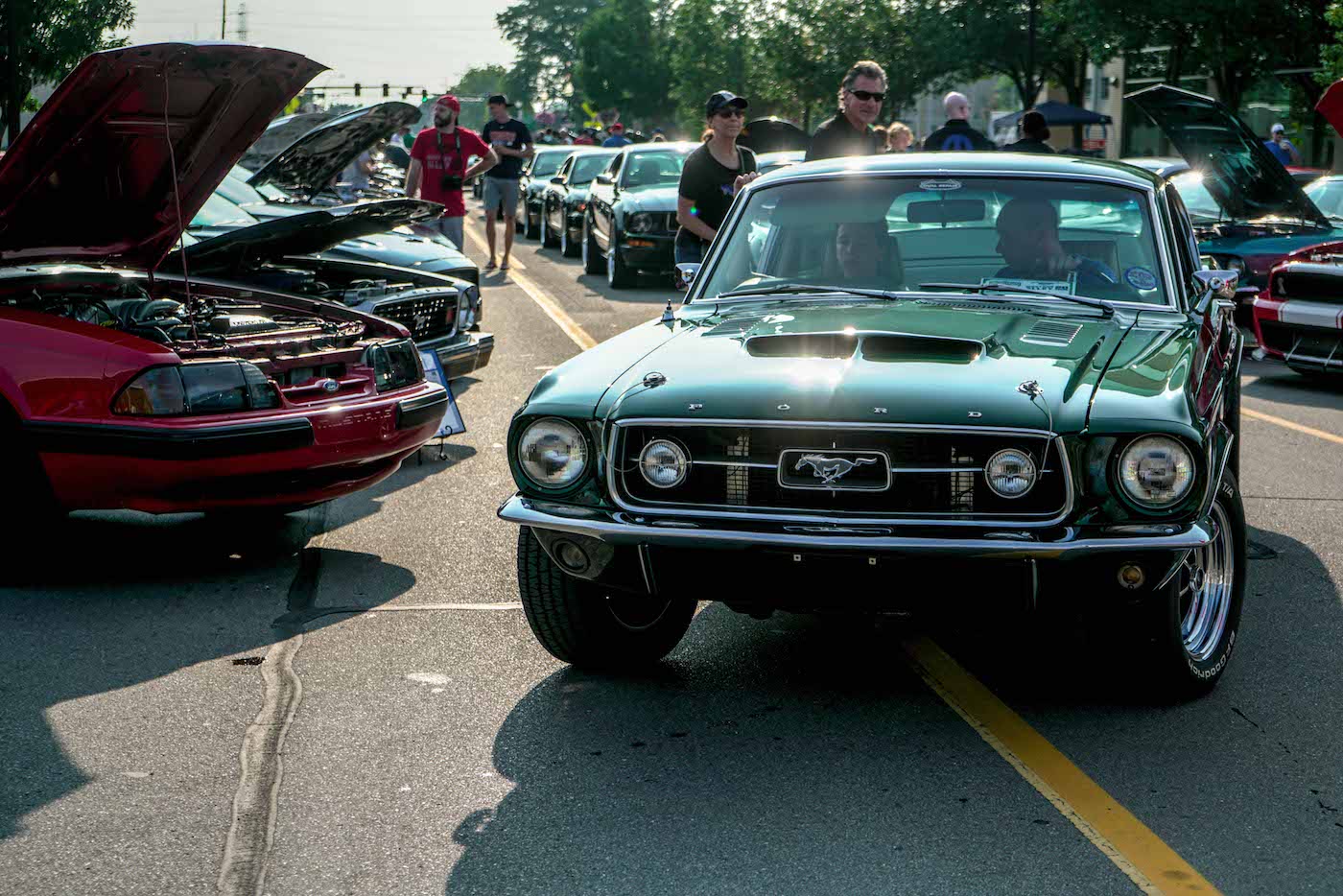 Day Three! Just like that, today was the day!

This was the biggest day of the Woodward Dream Cruise weekend, the busiest day on the streets of Michigan as thousands upon thousands of cars filled the Michigan streets.

We first started the day with breakfast and were shuttled over to Mustang Alley with Ford, where the Bullitt Mustang was posted up at the front of the big exhibit. At this few it was very difficult how deep the event actually went, but we were excited to find out.

Starting the Mustang Alley, there were many different new cars in the Ford line-up, including the newly released, CobraJet and Ford GT.

From there, it was just absolute Mustang madness. Left and right, parked on the streets hundreds of Mustangs were parked and there was just about as many combinations of colours, years, makes and models as you can think of.

Apparently over 1,200 different Mustangs and even more mustang enthusiasts parked their cars proudly as chatted to other big fans of the ‘Stang lifestyle.

There was a whole Bullitt Mustang parking lot dedicated to the classic car, and even a section called the ‘Snake Pit’ filled with Shelby Cobra versions.

From there, we were all excited to see the main event, the Woodward Dream Cruise.

As the morning turned into the afternoon, the streets continued to fill up. The classic cars kept on coming and it was just one big, diesel and gasoline powered day.

You can read more about the event on LXRY shortly, but until then, be sure to enjoy the photo gallery below: